Last sunday we made a one day trip to the Delta del Ebro with Cristian Jensen (a local gide).
We started looking at the Bay of Fangar for waders. There were some Curlews, Dunlins and Bar Tailed Godwits. There were also Slender Billed Gulls, Flamingos, Kingfishers, Whiskered Terns and a Caspian Tern.
We continued on the northern part of the delta and saw Booted Eagle, Moustached Warbler (lifer) at Canal Vell, Water Rail, Osprey and many species of Ducks.
After Canal Vell we went to la Tancada where there were some nice flocks of ducks, including Pintail, Shoveler, Teal...
As we were close to the Trabucador, we decided to take a look, which was a really good idea. There were a lot of birds resting in the Bay of Alfacs. We started scanning the bay looking for interesting species who quickly showed: Red Breasted Merganser, Black Necked Grebe, Great Crested Grebe... As I was watching a Merganser, Cristian told me to look into his scope, he had found two Brent Geese (lifer).
Our next stop was the Encanyissada Lagoon, where we were looking for White Headed Duck (three individuals had been seen there) and Greater White Fronted Goose (neither of both showed). We could see Tufted Duck, a very nice male Hen Harrier, Caspian Terns, Pochards, Red Crested Pochards and other ducks.

If you ever visit the Delta de l'Ebre or the area, don't doubt and contact Cristian Jensen and Audouin Birding Tours  http://audouinbirding.net
Cristian also does trips to Morocco, southern Spain and other places. 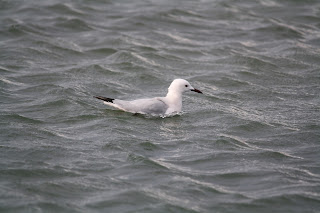 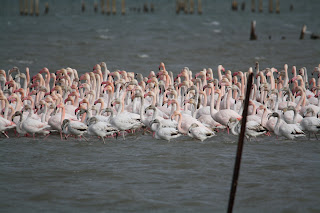 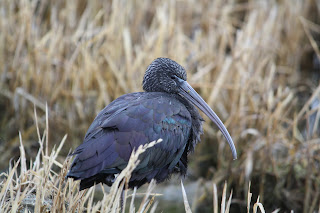 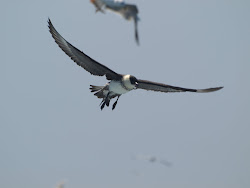